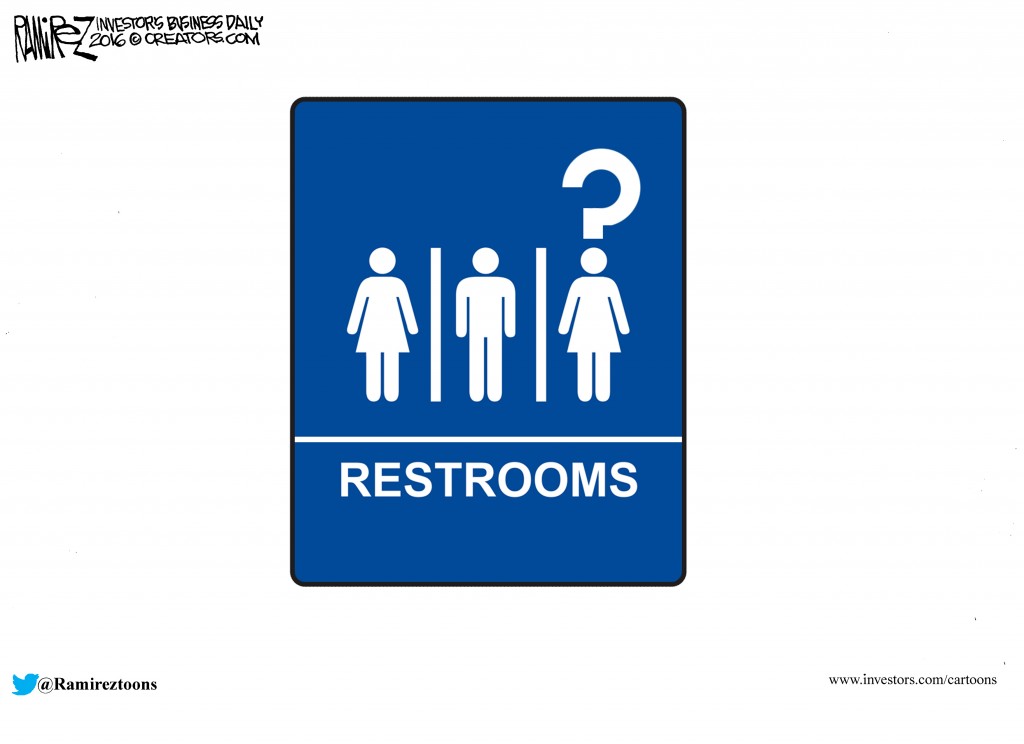 The Weekly Standard: Transgender ‘bathroom use’ is the new ‘gay marriage’.

You will recall that back in the dark, benighted days of our Republic—say, the year 2011, when Barack Obama believed that gay marriage should never be legalized—the people who promoted gay marriage insisted that it could never lead to other societal revolutions.

Well, that didn’t take long. The line from gay marriage to trans bathrooms is about as straight as they come. Partly this is the logical philosophical progression of worldview that sees identity as wholly plastic. Partly it’s the result of the creation of a grievance-industrial complex which now needs endless culture war to feed its maw.”

Opinion: I have to admit being somewhat caught off-guard, I thought that the next battle would be over gays demanding marriage in churches.

Donald Trump wants everyone to use the bathroom “that they feel is appropriate” and don’t even think about a gender-neutral bathroom that, according to the presumptive Republican nominee, “would be discriminatory in a certain way“.

Strap yourself in, Trump’s popularity is soaring because the world loves its own, John 15:19.

In challenge to Trump, 17 Republicans join Democrats on Global Warming