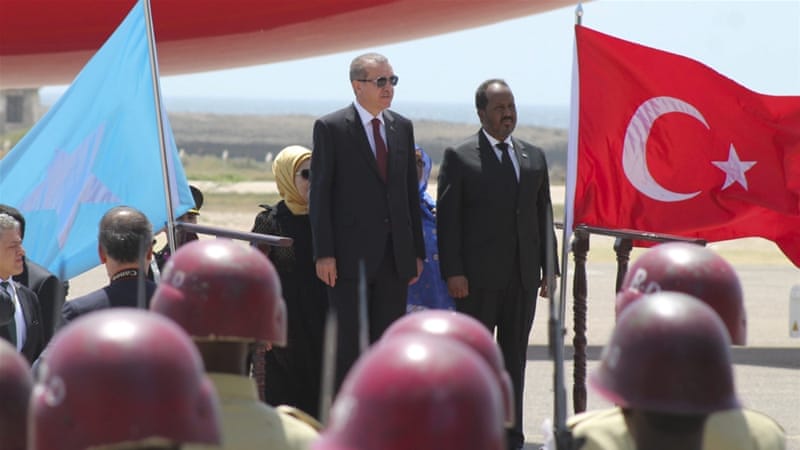 Opinion: Only recently did we discover that the North African nations on Ezekiel’s list of armies to invade Israel were allies of Erdogan’s Turkey.

Our post from October 4, 2017: I have never before considered a connection between between Turkey and the Cush/Put nations as a link to Gog Magog, and yet according to Aljazeera (here) Turkey is Africa’s friend, compatriot and partner.

On September 30, 2017 Turkey opened up its largest overseas military base in Somalia, cementing its relationship with the war-torn nation and strengthening its strategic place in the African continent.

By setting shop in Somalia, Turkey has become the latest country to set up a military facility in the horn of Africa bringing the entire prophesied Gog Magog invasion into view.

We believe that this war will be the final battle before the tribulation, meaning that the church may or may not be on earth for all or part of it.

Ezekiel 38:1-6 ESV listed the North African nations of Cush (grandson of Noah who settled in the Area of Sudan, Somalia and Ethiopia) and Put (third son of Ham) who settled in what is today Libya, to join Russia, Iran and Turkey in an invasion to take plunder in a still unfulfilled prophecy.

The Jewish people will demand a temple for animal sacrifice to atone for their sins and a powerful world leader, a counterfeit messiah, described in Revelation 6:1-2 will grant their wish.

How could a 2500 year old prophecy fit the alignment of nations today if were not the sure and perfect word of God?

Prophecy in Fulfillment: Netanyahu Says 400 New Immigrants From Ethiopia to Arrive Next Week

The Unexpected Alliance Between Turkey and Libya: ‘Gas Wars’ In The Mediterranean

Confusion, protests in Sudan after leader meets with Netanyahu

Sanders drops out of presidential race