Breitbart: Leaders of the World Evangelical Alliance (WEA) met with Pope Francis in the Vatican on Thursday to discuss closer cooperation with the Catholic Church, particularly regarding issues of religious freedom and Christian persecution around the world.

The head of WEA, Bishop Efraim Tendero, spoke to Vatican Radio of his experience with ecumenical relations in his native Philippines, where there is strong practical cooperation on a number of shared moral issues.

Curiously, last summer, two close advisers of Pope Francis published an article criticizing historical relations between American evangelicals and Catholics in the United States, labeling their collaboration as an “ecumenism of hate.” more …

Opinion: An understanding of what the World Evangelical Alliance stands for proves that a person who places the Bible as the ultimate authority had better be careful of labels.

Recently I was accused of being a Protestant. That the person making the label was a Catholic is important, because most Catholics seem to think all non-Catholics are Protestant.

I would normally associate with Evangelicals but even that label can be way off. Historian David Bebbington provides a helpful summary of evangelical distinctives, identifying four primary characteristics of evangelicalism:

But Evangelicals don’t always agree, even on basic principles that are clear in the Bible. There is a simple test to quickly determine a person’s, or group’s, ideology. Ask who is for, and who is against, three global flash points:

In July 2014, the WEA response to the Hamas initiated war against Israel echoed then president Barack Obama’s and John Kerry’s moral equivalence:

The World Evangelical Alliance (WEA) calls for an immediate end to the violent hostilities in the Israeli-Gaza conflict and for both sides to return to good faith negotiations. As Dr. Geoff Tunnicliffe, Secretary General of the WEA, stated earlier this year in a speech in Bethlehem: “The suffering, grief and despair of Christians, Muslims or Jews are an affront to humanity. Their suffering, grief and despair are an affront to God.”

Pope Francis and the WEA: 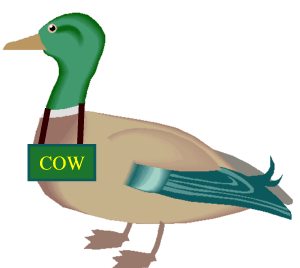 Cardinal Zen Decries Vatican’s ‘Murder of the Church in China’

SUNDAY STUDY: Moses, Jesus, and the Rapture of the Church