JOL: The Egyptian Army announced on Friday morning that its forces have launched a large-scale operation against terrorists in the Nile Delta and northern Sinai.

In a televised statement, the army’s spokesperson explained that the goal of the operation is “to eradicate terrorism in Sinai and cleanse the area of terrorists,” Israel’s Channel 10 News network reported. Residents of the area reported hearing air activities above Ismailia, a city near the Suez Canal.

In recent years, Egypt has experienced a wave of terror attacks targeting military forces, police officers and the Coptic Christian minority. Many of the attacks have taken place in the northern Sinai area. However, some were carried out in central cities such as Cairo and Alexandria. more …

Opinion: The perception among many Bible prophecy believers is that the preponderance of terror operations since 9/11 are being carried out by the descendants of Ishmael.

Genesis 16:12, 17:26 record that even though Ishmael was circumcised, he would still be a wild man against all his brothers. That 15 of the 19 terrorists on 9/11 were Saudi nationals (Ishmael’s ancestral home), does not change the fact that there is another Israel-hating bloodline from Abraham that is completely overlooked.

It occurred to me after attending a recent lecture on Romans 9 that when the topic of Jacob and Esau is preached, it is Jacob that becomes the bad guy.

“And not only this, but when Rebecca also had conceived by one man, even by our father Isaac (for the children not yet being born, nor having done any good or evil, that the purpose of God according to election might stand, not of works but of Him who calls),  it was said to her, “The older shall serve the younger.”  As it is written, “Jacob I have loved, but Esau I have hated.”

Usually the account of the twins ends there, without further investigation as to why Esau and the name God called him, Edom, have over 190 references in Scripture.

“For three transgressions of Gaza, and for four,
I will not turn away its punishment,
Because they took captive the whole captivity
To deliver them up to Edom.”

“See that no one is sexually immoral, or is godless like Esau, who for a single meal sold his inheritance rights as the oldest son.”

That there is terror in the Sinai today is an ominous sign that the descendants of Esau’s illegitimate grandson, Amalek (Amalekites), people of the Negev (Sinai desert), are still carrying out an ancient blood feud. 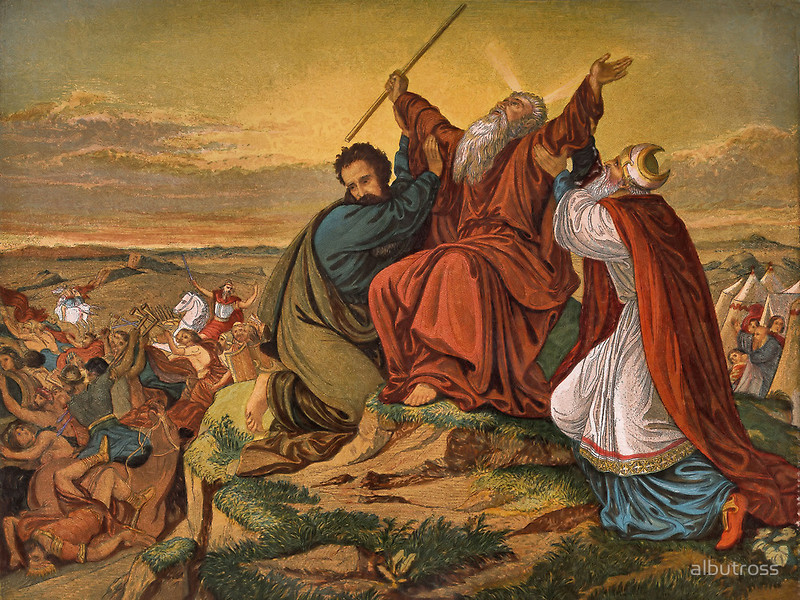 And it was Moses who wrote in Exodus 17:16: “Because the Lord has sworn: the Lord will have war with Amalek from generation to generation.”

Was Soleimani Found Wearing the Ring of Haman?