Growing tensions on Israel’s northern border have raised concerns about yet another Israel-Hezbollah confrontation or a war between Israel and Iran in Syria. Such a war may not be limited to the original participants, but could involve an array of Shi’a militias and even the Assad regime, and could span the region—thereby affecting vital U.S. interests.

Two factors are driving these tensions: efforts by Hezbollah and Syria—with Iran’s help—to produce highly accurate missiles in Lebanon and Syria that could cripple Israel’s critical infrastructure and make life there intolerable. more …

Opinion: The Washington Institute for Near East Policy (WINEP) “Insight and Analysis on U.S. Middle East Policy” report is fascinating in how closely the analysis is to a 3000 year old unfulfilled prophecy of a regional Middle East war from multiple fronts.

The WINEP lists Lebanon (Biblical Tyre), and Hezbollah (Iranian-backed army inhabiting Lebanon) as part of the alliance, as does Psalm 83:7.

The WINEP lists Syria and Iraq (Assyria), as does Psalm 83:8.

“Additional Fronts/Theaters. A war in Lebanon and/or Syria might prompt: attacks on Israel from Gaza, unrest in the West Bank, or terrorist attacks in Israel” (also listed in Psalm 83:6-7 (West Bank/Edom) and Gaza (Philistia).

“A Regional War? A low-probability/high-impact scenario in which a conflict in the Levant morphs into a regional war involving Saudi Arabia, (also listed in Psalm 83:6 -Ishmaelites) 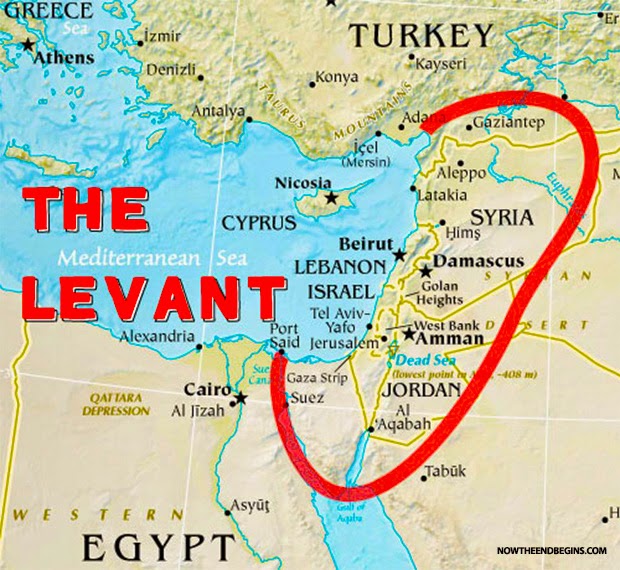 The Levant is where Israel’s vast natural gas holdings are a constant irritant to the surrounding nations and may be the motive for the regional attack.

What is particularly interesting is that Israel’s enemies have not changed in all that time even though the Jewish people were dispersed from the land for almost 2000 of those years.