Daily Wire: The Trump administration is apparently nearing a formal designation of the international Muslim Brotherhood, which is the ideological progenitor of modern radical Sunni Islamism throughout the world, as a terrorist group.

The Brotherhood operates all around the globe. But while the Palestinian-Arab branch of the Brotherhood, the genocidal sharia supremacist death cult of Hamas, is perhaps the best known Brotherhood franchise, Brotherhood affiliates throughout the world are based on the same underlying toxic creed.

The Brotherhood operates as the mother’s milk of Sunni Islamism — indeed, of Sunni jihadism — and serves as a prerequisite and proverbial “gateway drug” for more universally recognized extremist groups such as al-Qaeda, Islamic State, and Jamaat-e-Islami. Indeed, the Counter Extremism Project describes the Brotherhood, al-Qaeda, and Islamic State as “shar[ing] more than deep ideological underpinnings,” and further notes that the groups’ “similarities far outweigh their differences.” more …

“The future must not belong to those who slander the prophet of Islam.” Barack Obama September 25, 2012.

The Obama agenda was all about promoting the Muslim Brotherhood who had been banned in Egypt for 30 years. On June 3, 2009, Brotherhood representatives were invited to Obama’s Cairo speech. 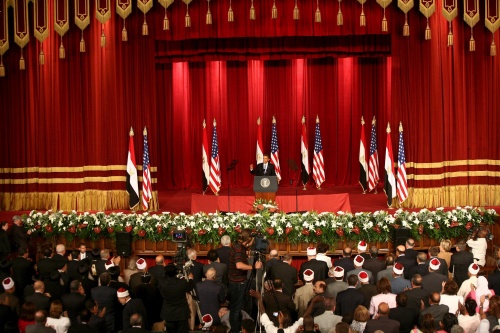 With the Arab Spring of 2011, Egypt’s 30 year peace with Israel was quickly shattered as Hosni Mubarak was replaced by Muslim Brotherhood operative Mohammad Morsi who became president of Egypt in 2012.

With Morsi in power, Yusuf al-Qaradawi …

… the extreme anti-Semite spiritual leader of the Muslim Brotherhood who had been banned in Egypt for 30 years, returned:

Qaradawi was/is considered so radical that the United States banned him from entering our country. This position made the 2013 White House visit of his deputy, Abdullah Bin Bayyah (below), even more inexplicable. Bin Bayyah is vice president of the International Union of Muslim Scholars (IUMS), a group founded by and headed by Qaradawi. The IUMS has a long history of supporting Hamas – the Muslim Brotherhood military wing – and of calling for Israel’s destruction. 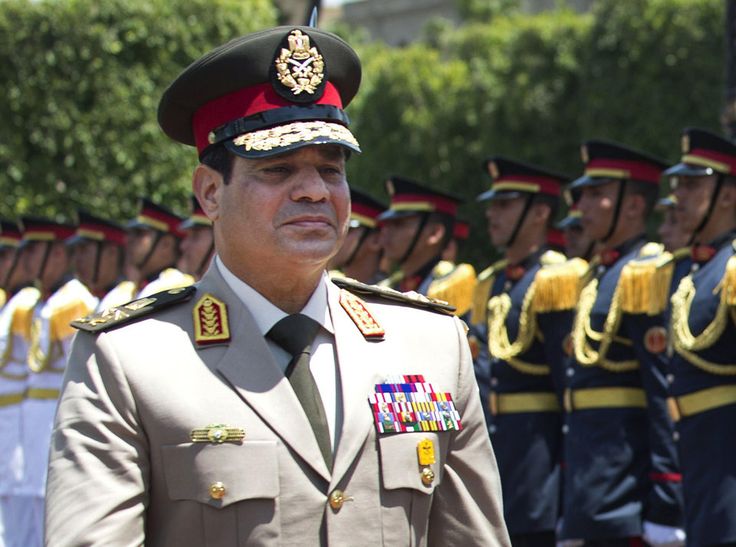 From there Muslim Brotherhood operatives in the Council on Islamic Relations (CAIR) became at home in the Obama White House, as the US relationship with Egypt crashed and burned.

Ilhan Omar Refuses to Comment on Terrorist Recruitment in Her District