anti-Semitism Is Obama’s Shadow Diplomacy Meddling in the Israeli Election to Defeat Netanyanu...

BIN: Trump and Netanyahu are close political allies with common interests but in the Middle Eastern adage of “the enemy of my enemy is my friend,” the two world leaders are also joined by their enemies who are actively working to unseat both of them. Though many claim the Democratic party has turned anti-Israel, a review of Democrat presidents reveals that it is more accurate to define the party by its policies against one side of Israeli politics.

It was uncovered last week that Joel Benenson, a top campaign strategist for Benny Gantz, Netanyahu’s political rival in the upcoming election, made tweets comparing Trump to Hitler. Following a similar revelation about Gantz’s adviser, Ronen Tzur, Benenson was the second Gantz aid who was discovered to be anti-Trump. In the case of Benenson, this is hardly surprising as Benenson was the chief strategist for Hillary Clinton when she ran against Trump in the 2016 presidential campaign.

In the strange world of politics, (Joel) Benenson was also a strategist for Barack Obama in his successful campaign against Clinton in 2008 and again when Obama defeated Mitt Romney in 2012.

Hillary Clinton’s 2016 campaign drew heavily from the ranks of the same Obama team that helped defeat her but Benenson’s involvement begs the question of why and how U.S. campaign veterans suddenly appear in prominent positions in the Israeli elections.  Read More … 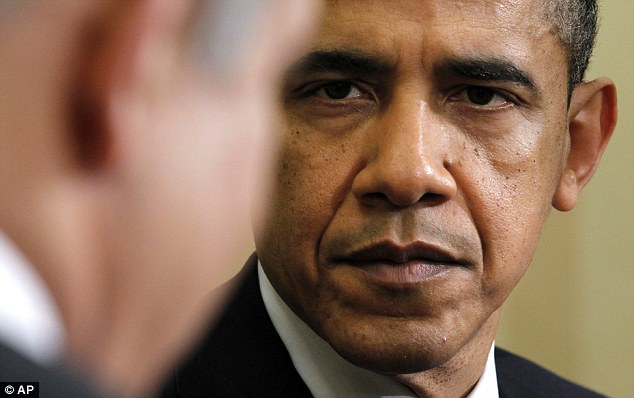 Opinion: It was an awful 8 years. While the mainstream press covered for Barack Obama, his policies against Israel were obvious for all the world to see.

And while much has changed with President Trump, one of Obama’s operatives, Joel Benenson who is now working to unseat PM Netanyahu, has been exposed comparing President Trump to Hitler.

On June 4, 2009, Barack Obama invited the Muslim Brotherhood, parent organization to the terror groups Hamas and Islamic Jihad to his infamous Cairo speech. The Brotherhood had been banned in Egypt for 30 years, but on that day in June, representatives of the terror organization sat front and center.

Two years later, the Arab Spring broke out. The Brotherhood’s Mohamed Morsi became the president of Egypt and a 30-year relationship between Israel and Egypt was in shambles. On May 19, 2011, President Obama met with Israel’s Prime Minister Benjamin Netanyahu in Washington D.C. and declared that in the interest of peace between Israel and the Arabs, Israel should give back all land captured in the Six Day War of 1967, setting off a stunned Netanyahu to openly scold the president.

In 2015, Barack Obama threw everything he had into an effort to defeat Prime Minister Benjamin Netanyahu’s party. According to The Atlantic’s Jeffrey Goldberg, a close watcher of the Obama team’s Mideast work — he tried to “force a rupture in the governing coalition.”

When that didn’t work, the president went all in. A bipartisan report from the Senate, issued in July 2016, found that taxpayer dollars were involved. The Senate Permanent Subcommittee on Investigations concluded that $350,000 had gone to a group called OneVoice. It obeyed the rules of the grant, intended to support peace.

Once the grant ended, though, the infrastructure and resources “created, in part, from US grant funds” were, said the Senate, used “to support a political campaign to defeat the incumbent Israeli government.”

But it was on September 30, 2016, when Obama showed his contempt for the rightful owners of Israel’s capital (Jerusalem) at the funeral of Shimon Peres.

After Obama spoke at the funeral, a transcript released from the White House listed the location of the speech as:

Hours later a corrected transcript showed the location as:

The US was out of favor with Israel’s protector (Genesis 12:3).

As US withdraws, Jerusalem spooked by Moscow’s growing control over Middle East

Levin: ‘If Netanyahu gets voted out, it will be a disaster for Israel’

GERMANY TELLS JEWS TO TAKE OFF THEIR YARMULKES