v. 24 “Seventy weeks (490 years, Hebrew for weeks is shabua, 1 week = 7 years) are determined for your people (Jews) and for your holy city (Jerusalem),
To finish the transgression,
To make an end of sins,
To make reconciliation for iniquity,
To bring in everlasting righteousness (Millennial Reign),
To seal up vision and prophecy,
And to anoint the Most Holy (Messiah).”

v. 25 “Know therefore and understand, That from the going forth of the command to restore and build Jerusalem (decree of Artaxerxes in 445 BC), Until Messiah the Prince (First Coming of Jesus), There shall be seven weeks (49 years) and sixty-two weeks (434 years); The street shall be built again, and the wall, Even in troublesome times.”

v. 26 “And after the sixty-two weeks (49 + 434 = 483 years) Messiah shall be cut off (crucified in 32 AD), but not for Himself; And the people (of Roman empire) of the prince (Antichrist) who is to come, shall destroy the city (Jerusalem) and the sanctuary (Temple). The end of it shall be with a flood, And till the end of the war desolations are determined.”

v. 27 “Then he (Antichrist) shall confirm a covenant (peace) with many for one week (the last 7 years); But in the middle (3.5 years) of the week He shall bring an end to sacrifice (animal sacrifice) and offering (Temple). And on the wing of abominations shall be one who makes desolate, Even until the consummation, which is determined, Is poured out on the desolate.” 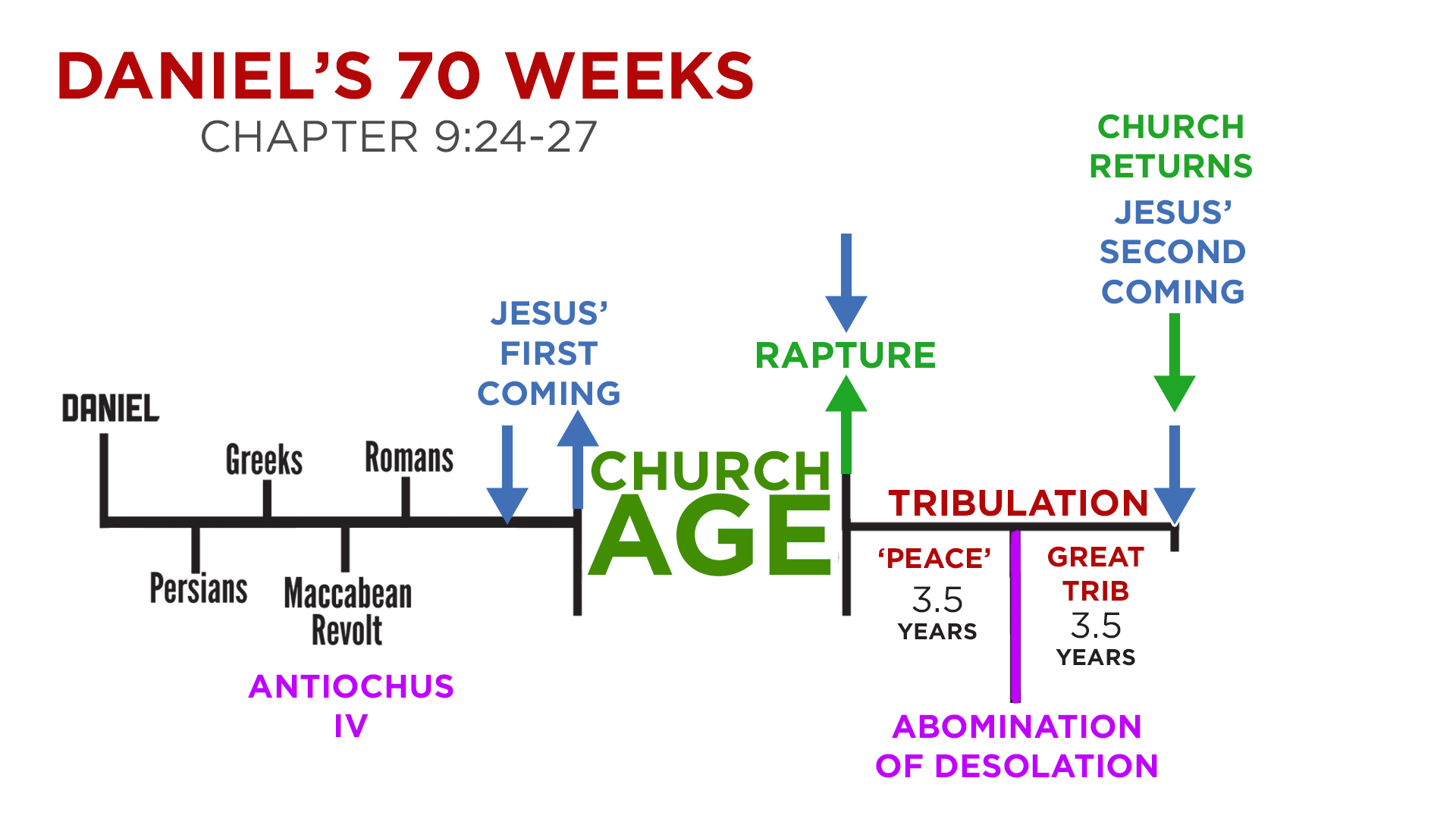