1. THE FIRST TRAIN: The Israelite Train

1997 BC – Abraham is the First Conductor

God chose a people group for Himself. God chose Abraham to be the first conductor. Abraham obeyed God (Gen. 12:4) and was counted as righteous because he believed (Gen. 15:6).

Abraham became the father of a new nation

Genesis 17:14 “And the uncircumcised male child, who is not circumcised in the flesh of his foreskin, that person shall be cut off from his people; he has broken My covenant.”

Exodus 3:10 “… I am sending you to Pharaoh to bring My people the Israelites out of Egypt.”

God chose a reluctant Moses (Exod. 3:11) to conduct the next leg of the Israelite train to bring His people to the covenant land.

God chose the Israelites corporately as a separate people unto Himself:

Exodus 19:5-6 “Now therefore, if you will indeed obey My voice and keep My covenant, then you shall be a special treasure to Me above all people; for all the earth is Mine. And you shall be to Me a kingdom of priests and a holy nation.”

Numbers 23:9 “For from the top of the rocks I see him, and from the hills I behold him: see, the people shall dwell alone, and shall not be reckoned among the nations.”

There was nothing to commend about the Israelites:

Deuteronomy 7:7-8 “The Lord did not set His affection on you and choose you because you were more numerous than other peoples, for you were the fewest of all peoples. But it was because the Lord loved you and kept the oath He swore to your ancestors that He brought you out with a mighty hand and redeemed you from the land of slavery, from the power of Pharaoh king of Egypt.”

David was chosen (1 Samuel 16:12) as king of the Israelites and a new unconditional covenant was made.

Davidic Covenant: God reaffirms the Abrahamic covenant with David adding that the Messiah would be attached to his lineage: Psalm 132:11 “… Of the fruit of your body I will set upon your throne.” 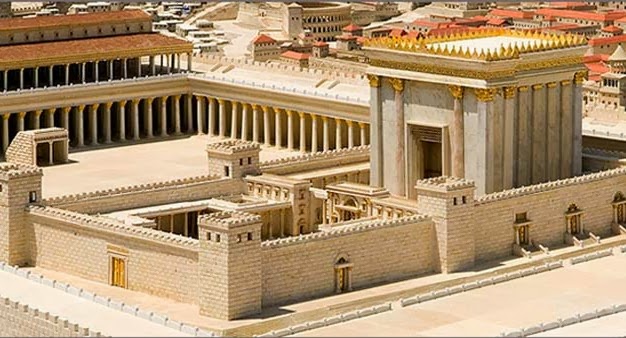 King David confirms Israel is chosen as a people group:

2 Samuel 7:23 “And who is like Your people, like Israel, the one nation on the earth whom God went to redeem for Himself as a people, to make for Himself a name …”

King David was a man after God’s own heart. David purchased the threshing floor for cash to build a temple to the Lord, but since he was a man of war, God commanded David’s son, Solomon, to build the temple.

Araunah, the Jebusite, offers David the threshing floor as a gift:

2 Samuel 24:24 “Then the king said to Araunah, ‘No, but I will surely buy it from you for a price; nor will I offer burnt offerings to the Lord my God with that which costs me nothing.’ So, David bought the threshing floor and the oxen for fifty shekels of silver.”

1048 BC: David Established Jerusalem as the Capital of Israel